Who were the Mayans, where did they come from?

Together we examine the context and origins of the Mayan people. We discuss the shape of their society and the impressive City states which sprung up in Mesoamerica.

We split the group into two City States and anoint our Mayan rulers!

Archaeosoup takes you through the daily life of people in the Mayan world. We will explore everything from where they lived to what they ate! Things might get corny...

We examine the Mayan traditions of Mathematics and Writing. They developed the only comprehensive writing system in Mesoamerica and had remarkably complex and accurate calendars.

Together we attempt to write using Mayan symbols and use Mayan maths to predict the movement of the planets!

We discuss the Mayan economy and the crucial relationship between the City States.

The Mayans relied on complex relationships between their City States to gather resources and food via trade and travel. However, like the Greek City States, they also did not always get along. Together we consider the balance between cooperation and warfare!

Be careful not to lose the battle with your City State neighbours! Unfortunately, the losers will be sacrificed to the gods!

We reenact a Mayan sacrifice, consider how often such events occurred and what people believed about the afterlife.

Finally, we think about the fate of the great Mayan City states.

Long before the Spanish arrived in the New World, the Mayan Cities has been disbanded, the Mayans no longer lived in the complicated society they once had. What happened? Where are the Mayans today? What are archaeologists still learning about the Maya? 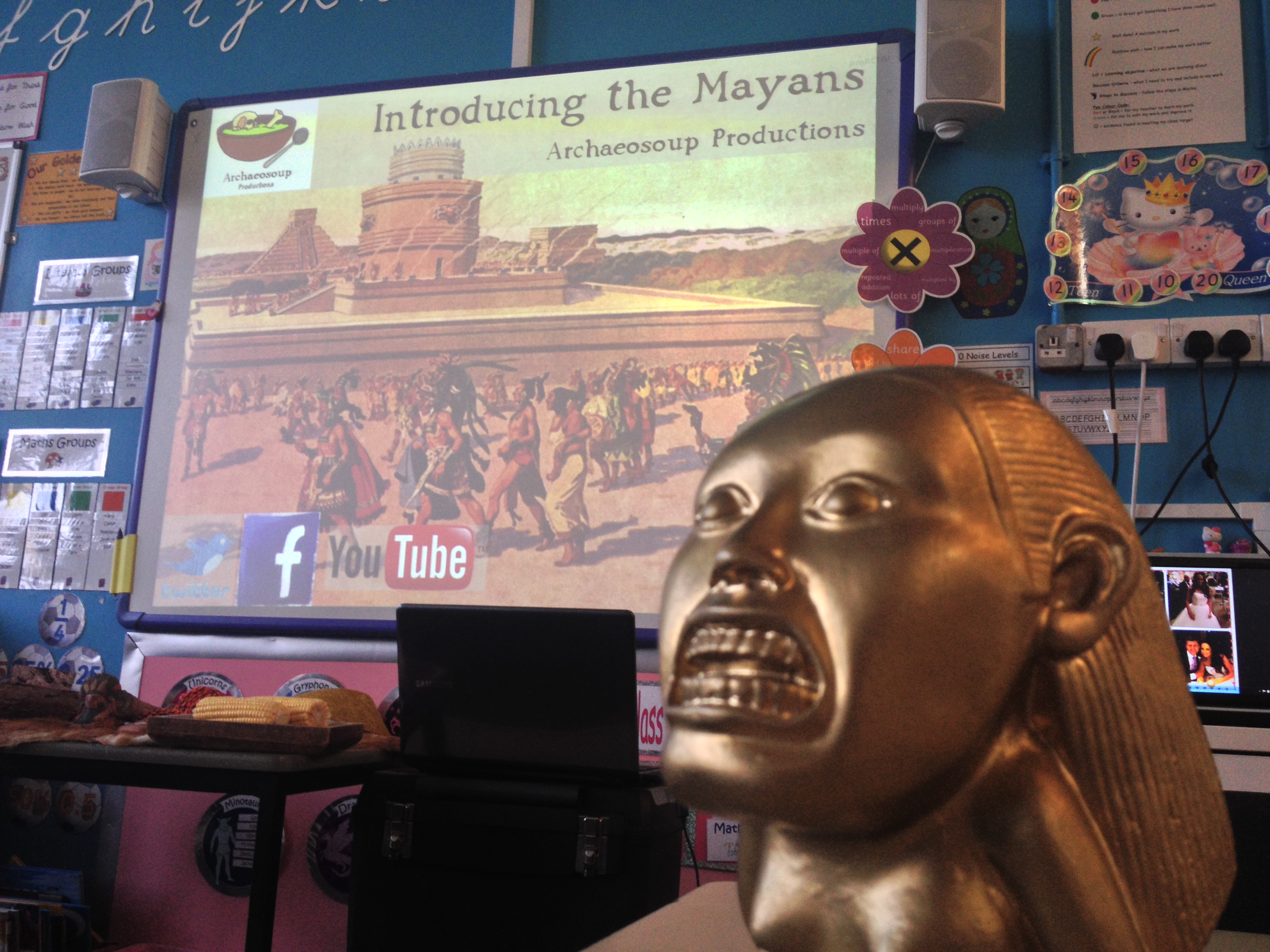