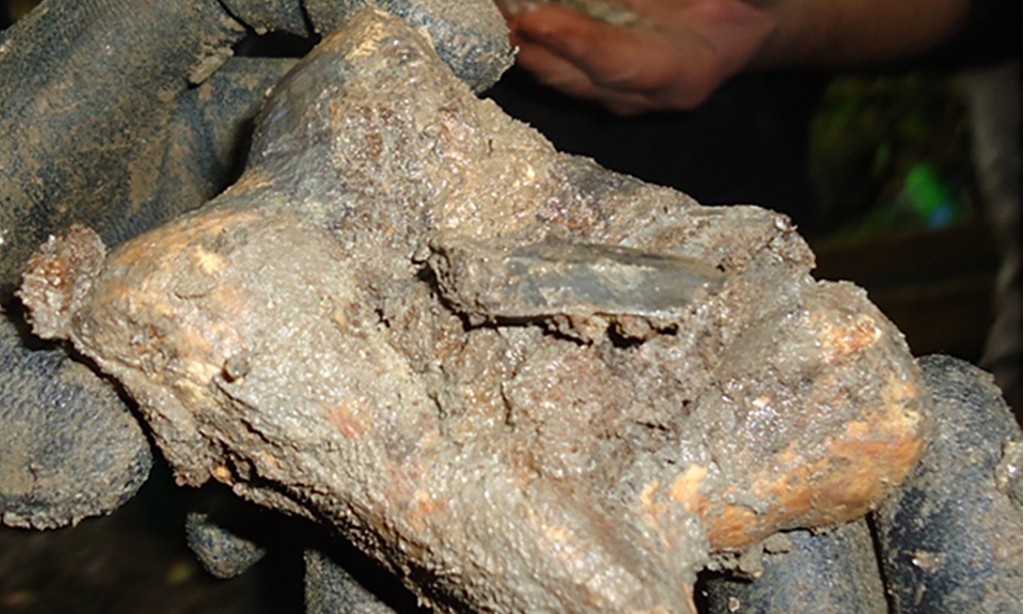 “The area was clearly a hub point for people to come to from many miles away and in many ways was a forerunner for what later went on at Stonehenge itself. The first monuments at Stonehenge were built by these people.”

This article titled “Britain’s oldest settlement is Amesbury not Thatcham, say scientists” was written by Mark Brown, arts correspondent, for The Guardian on Thursday 1st May 2014 17.38 UTC

Britain’s oldest settlement is not where we thought it was, a team of archaeologists said on Thursday as they announced with confidence that Amesbury should now hold the distinction.

It was previously considered that Thatcham in Berkshire held the distinction but researchers from the University of Buckingham are certain we need to look 40 miles west, to the parish of Amesbury, in Wiltshire, which also includes Stonehenge.

Carbon dating of bones of aurochs – the giant cattle that were twice the size of today’s bulls – at the Blick Mead dig site, has shown that Amesbury has been continually occupied for each millennium since 8,820BC. Older than Thatcham, occupied since 7,700BC, it is in effect where British history began.

David Jacques, research fellow in archaeology at the University of Buckingham, led the dig. He said: “The site blows the lid off the Neolithic revolution in a number of ways. It provides evidence for people staying put, clearing land, building and presumably worshipping monuments.

“The area was clearly a hub point for people to come to from many miles away and in many ways was a forerunner for what later went on at Stonehenge itself. The first monuments at Stonehenge were built by these people.

“For years people have been asking ‘why is Stonehenge where it is?’ Now, at last, we have found the answers.”

It was the same dig, at Blick Mead, which last year led to the discovery that Mesolithic Britons were enjoying eating frogs legs about eight millennia before the French.

At the time, Jaques expressed confidence that evidence would prove it was Britain’s oldest settlement. That has now been confirmed and on Thursday it was recognised by the Guinness Book of Records.

The dig also unearthed the largest number of Mesolithic worked flints ever found; 31,000 were discovered in just over 40 days, all in a 16-sq-metre (172-sq-ft) area.

The discoveries put a date to the activities of those who built the first monuments at the Stonehenge site, using enormous pine posts. It shows their communities lived in the area for a further 3,000 years, close to the dawn of the Neolithic era when Stonehenge itself was built.

Archaeologists say the results provide something of a missing link between the erection of the posts, between 8,820 and 6,590BC, and of Stonehenge, in 3,000BC. The findings provide evidence which suggests that Stonehenge, rather than a Neolithic new-build sitting, at first, in an empty landscape should be viewed as a response to long-term use of the area by indigenous hunters and home-makers.

Bill Dunn, spokesman for the Amesbury History Centre, said: “We are naturally delighted at the confirmation of Amesbury’s longevity as the oldest continuously inhabited place in England. We have always known Amesbury as somewhere special and this confirms it. All the visitors to the museum are amazed at what they find, and we hope even more people will now visit.”

• This article was amended on 2 May 2014. An earlier version referred to Amesbury as being continually occupied for each millennia, rather than millennium, since 8,820BC.