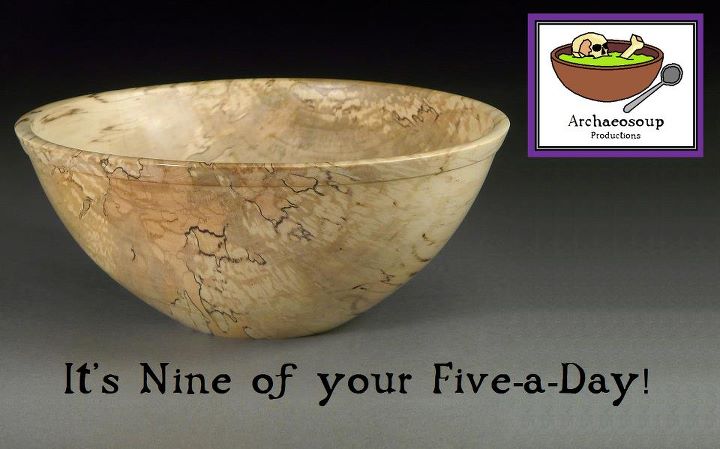 Six boats hollowed out of oak tree trunks are among hundreds of intact artefacts from 3,000 years ago that have been discovered in the Cambridgeshire fens, the Observer can reveal.

This article titled “Bronze age man’s lunch: a spoonful of nettle stew” was written by Dalya Alberge, for The Observer on Sunday 4th December 2011 00.04 UTC

Six boats hollowed out of oak tree trunks are among hundreds of intact artefacts from 3,000 years ago that have been discovered in the Cambridgeshire fens, the Observer can reveal.

The scale, quality and condition of the objects, the largest bronze age collection ever found in one place in Britain, have astonished archaeologists – and barely a fraction of the site has been excavated.

Unique textile fragments, wicker baskets and wooden sword handles have survived. There are even containers of food, including a bowl with a wooden spoon still wedged into the contents, now analysed as nettle stew, which may have been a favourite dish in 1000BC. The boats – two of which bear unusual decoration – are in such good condition that the wood grain and colour can be seen clearly, as can signs of repairs by their owners.

David Gibson, head of Cambridge University’s archaeological unit, said the discoveries were internationally important. “One canoe would be great. Two, exceptional. Six almost feels greedy,” he said. Mark Knight, the unit’s senior project officer, added: “We talk about bronze age landscapes and it always feels as if we’re looking through a very narrow window, with the curtains partly drawn or slightly misted over. Now it’s as though someone’s opened the windows and we’re seeing so much more.”

The artefacts survived because they were immersed in deep layers of peat and silt. When those layers are lifted off, “the objects are so pristine”, Knight said, “it’s as if 3,000 years never happened. The softest, wettest deposits ensured that past activity has been cosseted.”

The artefacts were submerged under an ancient watercourse along the southern edge of the Flag Fen Basin, land altered over millennia by rising sea levels. In the 17th century the Dutch showed how to drain waterlogged land, and today the site east of Peterborough is accessible. Knight said: “In our [bronze age] landscape… you could have walked along the bottom of the fenland basin and to the bottom of the North Sea hunting for deer. By the Roman period, you were perched up at Peterborough, looking out over a huge wet expanse of peat and reed swamp.” At ground level, there had been no clue to the artefacts’ existence because they were so deep – four metres below ground – and would not have been picked up by aerial, radar, or other exploratory surveys.

The excavation, which is likely to continue for years, has been made possible thanks to Hanson, a bricks and cement supplier. Under planning regulations, the company is obliged to fund archaeological digs, but it has been especially helpful, say the archaeologists. Crucially, and unusually, they were able to excavate down to unprecedented depths since Hanson’s need for clay for bricks requires extraction at Jurassic age levels. Knight said: “So we get to see entire buried landscapes. Some of our colleagues try to find ways of getting to the bottom of the North Sea… [while] we get an early view of the same submerged space, but via the humble brick.”

Along the 150-metre stretch of a bronze age river channel, they have found the best preserved example of prehistoric river life. There are weirs and fish traps in the form of big woven willow baskets, plus fragments of garments with ornamental hems made from fibrous bark and jewellery, including green and blue beads. Extensive finds of metalwork include bronze swords and spears, some apparently tossed into the river in perfect condition, possibly as votive offerings. One of the boats is 8.3 metres long. “It feels as if you could get the whole family – granny, grandad, a couple of goats and everything – in there,” said Knight. The smallest boat is just over four metres long.

The finds reveal how, with the rise in water levels in the bronze age, people adapted to a wetland environment, using rivers for transport, living off pike, perch, carp and eel. How far they could travel in the log boats is unclear. Although the boats were unlikely to have been used at sea, one of the bronze age swords is of a type normally found in northern Spain.

Once removed from the fenland, the artefacts must be conserved before eventual public display. Knight said: “Often at an excavation, it takes much imagination for it to become apparent. This site doesn’t need that. It’s intact. It feels as if we’ve actually caught up the [bronze age] people. It feels like we’re there.”