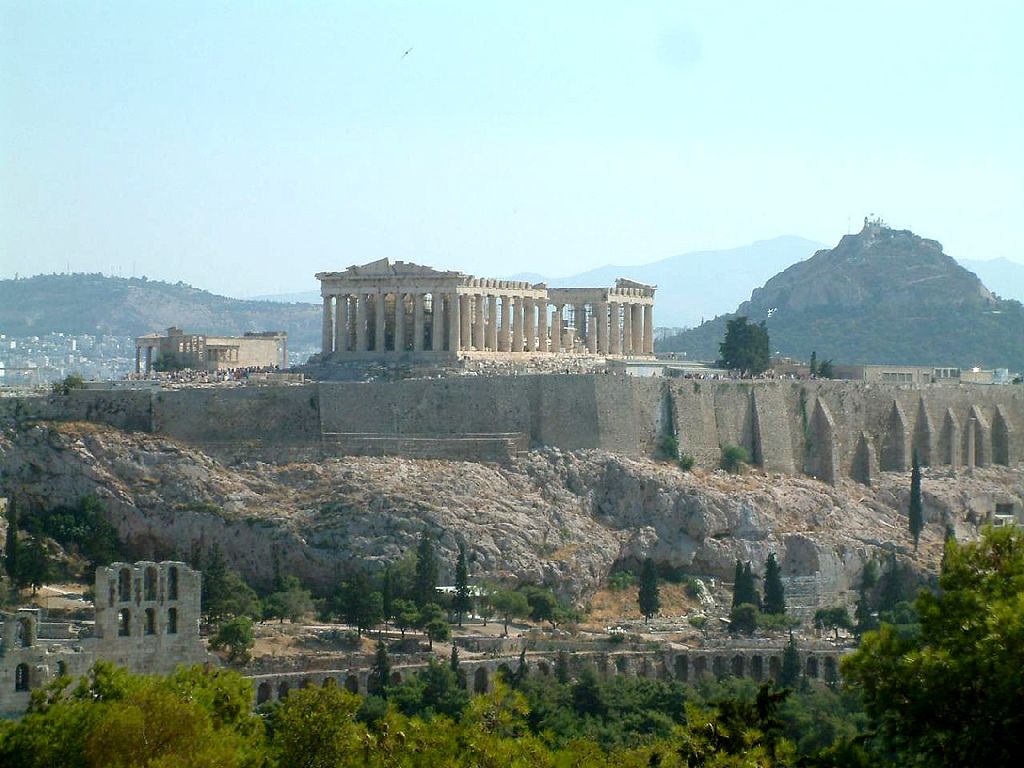 Crisis-hit Athens has turned to the glory that was Greece to help its ruined economy. The debt-choked nation has taken the dramatic step of deciding to exploit some of its past majesty by utilising the Acropolis and other antiquities – cultural gems until now considered too sacred to besmirch with commerce.

This article titled “Greece’s ancient sites to play starring role in recovery” was written by Helena Smith in Athens, for The Guardian on Friday 20th January 2012 16.45 UTC

Crisis-hit Athens has turned to the glory that was Greece to help its ruined economy. The debt-choked nation has taken the dramatic step of deciding to exploit some of its past majesty by utilising the Acropolis and other antiquities – cultural gems until now considered too sacred to besmirch with commerce.

Under a scheme revealed this week, foreign film crews, advertising agencies and other commercial enterprises will be allowed to photograph 5th century BC Periclean masterpieces such as the Parthenon, in the hope that it will help boost the country’s coffers and image abroad.

Archaeological treasures including the temple of Delphi, the most popular site after the Acropolis, will be available as backdrops for filming and photographic shoots for as little as €1,600 (£1,339) a day.

But acutely aware of the sensitivity surrounding the move, officials cautioned that the opening of sites would still be strictly controlled. Following uproar in the Greek media, the culture minister himself, Pavlos Geroulanos, tweeted that any suggestions the relics would be “rented out” were simply “untrue”. No company or individual would be given “exclusive rights” to them, officials said.

The move follows intense pressure from the European Union and International Monetary Fund, the foreign lenders keeping the nation afloat. With fears of Greece defaulting on its debt mounting by the day, EU officials stepped in saying the time had come for its cultural treasures to be put to work. Culture ministry officials agreed to legislation facilitating access to sites by lowering the costs of permits.

Policymakers both in and outside Greece have long contended that the country’s classical masterpieces have been under-utilised despite being “the greatest brand name on earth”. “It will be to our benefit if what we have to show is shown,” said former finance minister Stefanos Manos.

Previously the country’s central council of archaeology, one of the nation’s most powerful bodies, had steadfastly refused to grant access to the treasures for anything other than scientific research. Filming requests were rebuffed or granted only for an astronomical fee. With professional photographers unable to access sites, international book publishers had stopped printing contemporary pictures.

In its 2,500-year history the Acropolis has only ever been rented out for filming to Francis Ford Coppola and to Nia Vardalos, the Greek-Canadian star of My Big Fat Greek Wedding, for her sequel My Life in Ruins. At the time Vardalos complained that she had spent “an awful lot of energy and time” trying to convince Greece that the move would be to its benefit.

Forced to survive on a mere 0.7% of the national budget, the culture ministry hopes the fees will help boost its ability to look after monuments that have been badly hit by Greece’s economic crisis. Lack of maintenance funds have meant that workers could only start building a new staircase in Delphi this week.

All the revenues will be used by the ministry, whose funds have been cut by more than 30% since 2010.

“This is a very big step and we are not going to stand idly by if we feel the monuments are being used improperly,” said one archaeologist. She said many of her colleagues were “not happy”.