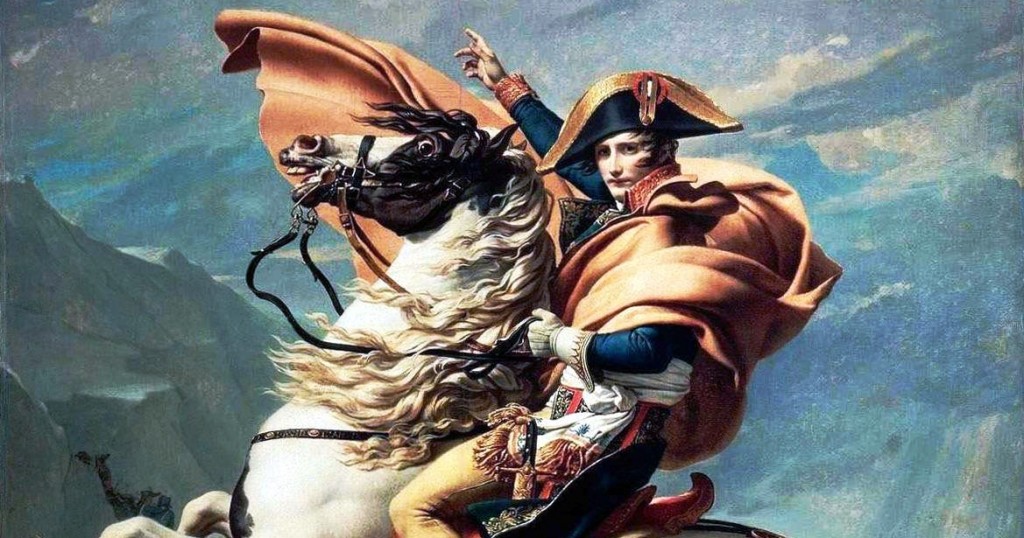 Napoleon Bonaparte was an extraordinary and contradictory man: a warlord who saw himself as a champion of civilisation. One of his most ambitious attempts to prove himself a cultural as well as military titan was to commission a team of scholars to produce the legendary Description de l’Egypte.

Napoleon Bonaparte was an extraordinary and contradictory man: a warlord who saw himself as a champion of civilisation. One of his most ambitious attempts to prove himself a cultural as well as military titan was to commission a team of scholars to produce the legendary Description de l’Egypte. This was the first thorough attempt to study the antiquities and geography of this ancient civilisation, a vast artistic and scientific work that was published in 10 huge folio volumes as well as supplements, and contains 3,000 illustrations, among them pictures more than a metre wide.

A handwritten manuscript of this colossal work has been destroyed in the fire that consumed the Institute of Egypt during clashes in Cairo earlier this week. This is a tragedy, as a brief account of Napoleon’s daring project will reveal.

Napoleon took 167 scholars with him when he invaded Egypt in 1798. He was there to undermine British global power by establishing a French colonial presence. Being Napoleon, however, his proclamations of cultural respect for Egypt went far beyond the usual hollowness of propaganda. At the Battle of the Pyramids, he famously told his troops: “Soldiers, from the height of these pyramids, 40 centuries look down on you …” It is a reminder that should ring in the ears of both sides – revolutionaries and the army – when they are close to Cairo’s fragile treasuries of world culture.

The 167 scholars were not there as a publicity stunt. They included architects, mathematicians – who measured buildings and statues – and civil engineers, writers, artists and printers. Napoleon ordered them to discover the remains of ancient Egypt, which he called the “cradle of the science and art of all humanity”.

Nelson wrecked Napoleon’s military plans in Egypt, but the scholars did produce their Description. I have it before me, in a modern edition published by Taschen. What a book. Meticulous engravings depict the wonders of Egyptian archaeology: the temples of Philae, for instance, are shown in their original setting on an island in the Nile, seen from every angle in measured architectural views. Today the temples are on another nearby island after Unesco moved them to save them from flooding caused by the Aswan Dam – so the Description’s precise record of their original appearance is invaluable.

It goes on like that. The French team journeyed to all the great archaeological sites of Egypt and made the first precise studies of them. This book is a monument to human curiosity and reason. Out of it came a new understanding of the legacy of one of the world’s most charismatic civilisations. Yet the French also studied the modern Egypt of their time, the natural history of the Nile, the Islamic architecture of Cairo, even agricultural techniques and industries.

One of four original copies of this great work in Egypt has been lost forever. It is a warning. Whatever the political stakes, all sides must respect Egypt’s art and history. The Description of Egypt was a record of what Egyptians have created over millennia. Those astounding antiquities themselves, many of the greatest of which are in the Egyptian Museum on Tahrir Square, are just as vulnerable. Please protect them.