What was the Roman attitude to recycling? How does archaeology reveal the ways Romans lived with (and learned from) the locals?

The popular image of the Romans in Britain is as a civilizing and ‘modernizing’ influence, who while operating the rule of law inflicted a tyrannical and brutal regime upon the natives. These people from Rome brought us bath houses and wine, roads and written language… They were a lot like ‘us’ in Modern Britain. But is this true?

Archaeology not only reveals that the peoples of Britain were obsessed with cleanliness, wine and town-planning long before the arrival of the rule of Rome but also that those who came were not quite what is often assumed and they lived in ways which surprise many a modern observer.

Celts versus Romans! The never-ending conflict between the smart, civilized Romans (a military machine) and the barbaric, charismatic Celts (a frantic force) is a caricature which defines this period for many. However, most of the soldiers stationed on Hadrian’s Wall were not from Rome! They were from the Netherlands, Gaul and North Africa. Whats-more, the Britons were not the hostile, blue body-painted peoples we often imagine. They traded with, lived with and even married members of the Roman garrison. Together, these people made a life at the edge of the Roman empire.

The Romans were in the North of England for nearly 400 years and in that time they changed. Moulded by the environment, the people they met and lived with, the Romans of the C4th were different to the Romans of the C2nd. Throughout this time they made clever use and re-use of whatever resources and ideas they came across. From building materials to beer; armour to art – Archaeology reveals a complicated picture of life on ‘The Wall’. 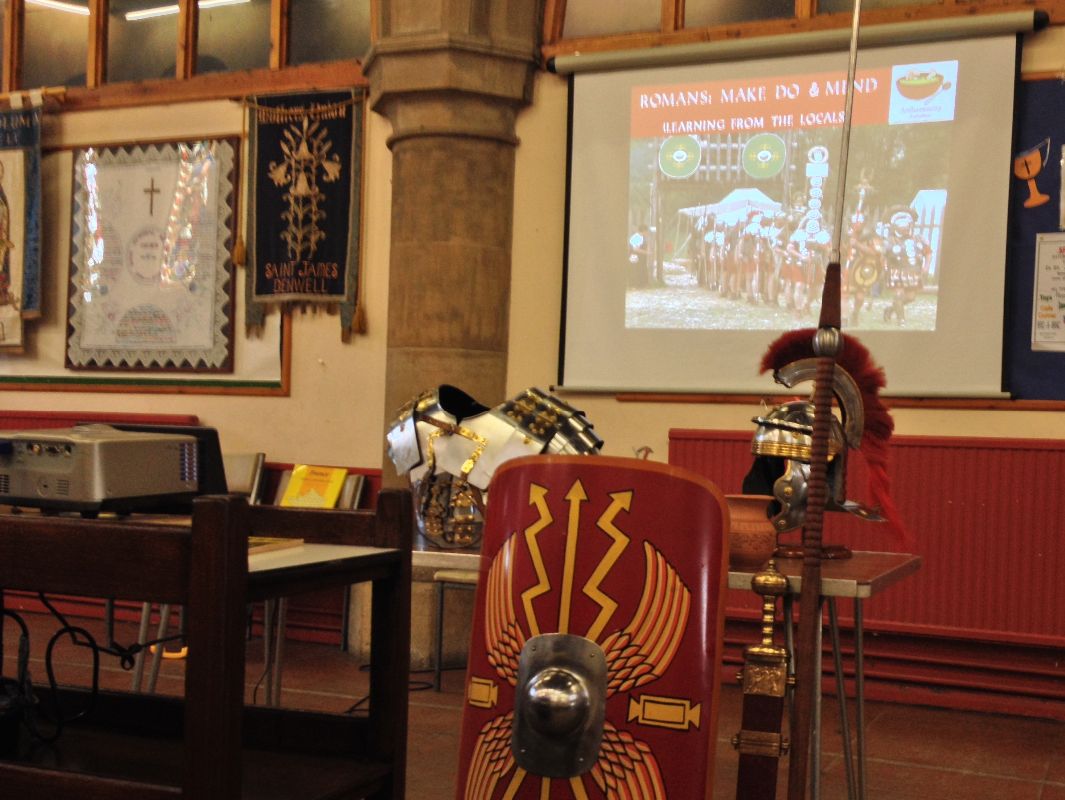 Life in Roman Britain was all about recycling, ‘making do and mending’. This talk explores various ways in which the Romans recycled and re-used the resources around them and challenges common characterizations of Roman civilization.