Who were the Romans, where did they come from?
Were they all from Italy?

Together we examine the development of Roman culture in Britain. We discuss the shape of their society and incredibly diverse culture which Rome brought from across the known world, to our shores.

The latest Archaeological research suggests that in many places, after the Romans arrived, life contined (almost) as before.

Archaeosoup takes you through the daily life of people in Roman Britain. We will explore everything from where they lived to what they ate and if/ when things changed for ‘normal’ people.

We examine the structure of a Roman household.  Starting with the ‘Pater Familias’ (Father of the family) we think about his absolute authority over the family, the weight of the legacy of his ancestors and how this effects the lives of everyone under his roof.

From access to education to the will of the household gods – will the family thrive under his guidance or struggle against his decisions?

Based on real archaeological evidence, our Romano-British family sets up shop on Dere Street, the A1 one its day.

What would you sell to passersby on their way between York and Hadrian’s Wall? You’ll be amazed by what archaeologists have learned about the Roman equivalent of a motorway service station!

Ofcourse, not all Romans were equal! See how an ambitious Romano-British family sets themselves apart from their neighbours

We improve the family home; installing all the mod cons, including a bath house, atrium, garden and dining room. What do you make of the taste of Roman food?

Finally, we examine the Roman Army and the role it played over hundreds of years in Britain.

Yes, there will be weapons, armour, battle formations and screaming… But the Roman army was much more than a ‘miliatary machine’. We will consider the importance of the people who surrounded the army and some surprising realities of life on Hadrian’s Wall. 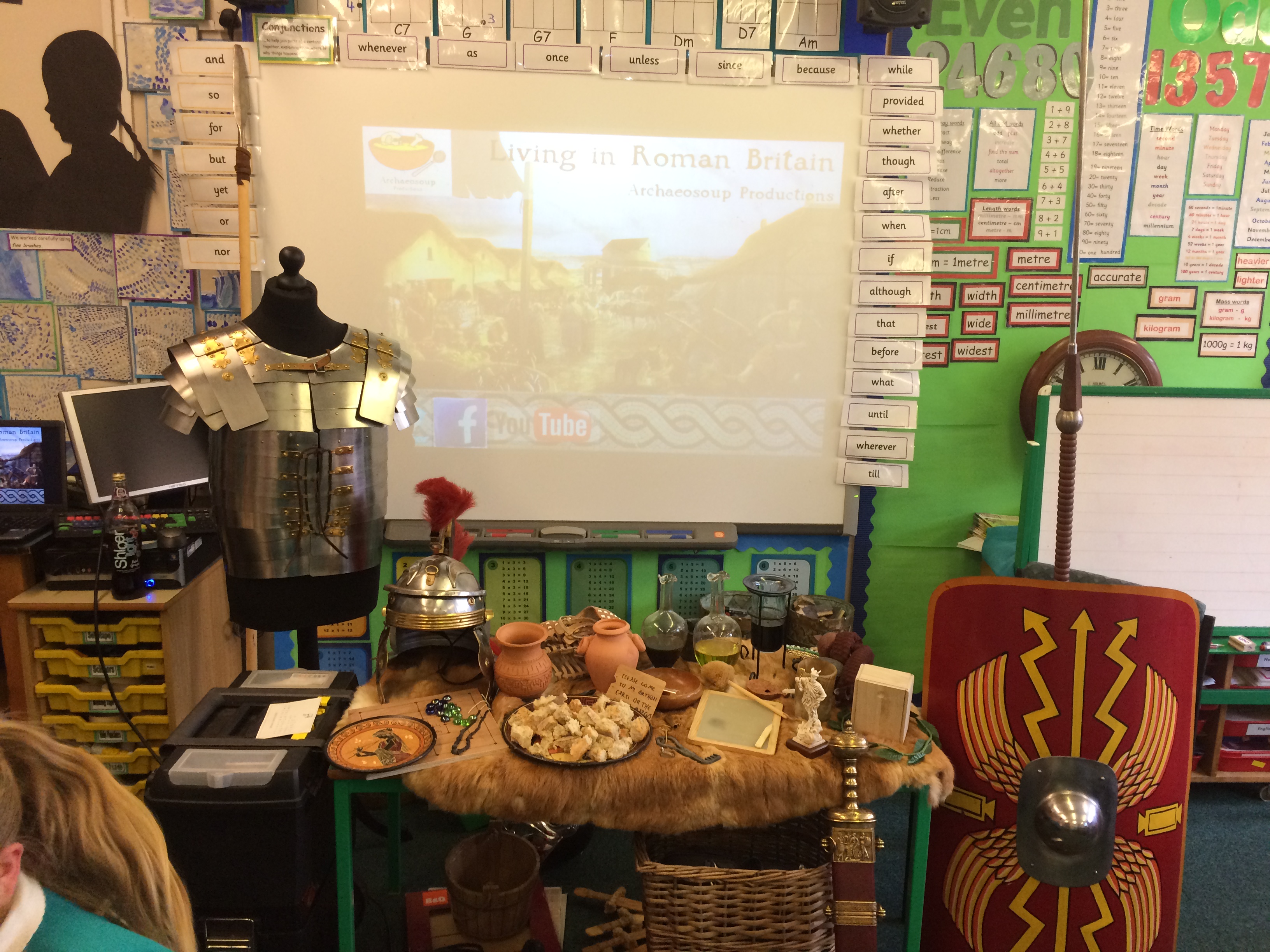