Zeppelins and World War One

A Zeppelin is a type of rigid airship named after the German Count Ferdinand von Zeppelin who pioneered rigid airship development at the beginning of the 20th century.

The principal feature of Zeppelin’s design was a fabric-covered rigid metal framework made of transverse rings and longitudinal girders containing a number of individual gasbags.

They were propelled by several engines, mounted in gondolas or engine cars, which were attached to the outside of the structural framework. Some of these could provide reverse thrust for manoeuvring while mooring. A comparatively small compartment for passengers and crew was built into the bottom of the frame, but in later Zeppelins this was not the entire habitable space; they often carried passengers or cargo internally for aerodynamic reasons.

During World War I the German military made extensive use of Zeppelins as bombers and scouts, killing over 500 people in bombing raids in Britain.

During World War I: 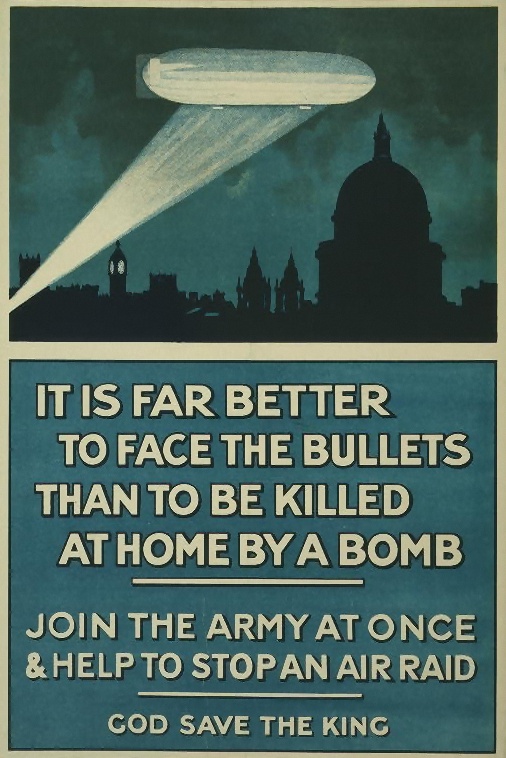 The first Zeppelin raids on England took place on the night of 19–20 January 1915. Two Zeppelins, L 3 and L 4, intended to attack Humberside but, diverted by strong winds, eventually dropped their bombs on Great Yarmouth, Sheringham, King’s Lynn and the surrounding villages, killing four and injuring 16. Material damage was estimated at £7,740.

In the North East of England Zeppelins flew bombing raids on three separate occasions. On the 14th of April 1915, the 15th of June 1915 and the 9th of August 1916. In total around 10 people were killed and 30 people were injured in their homes as a result of these bombing raids.