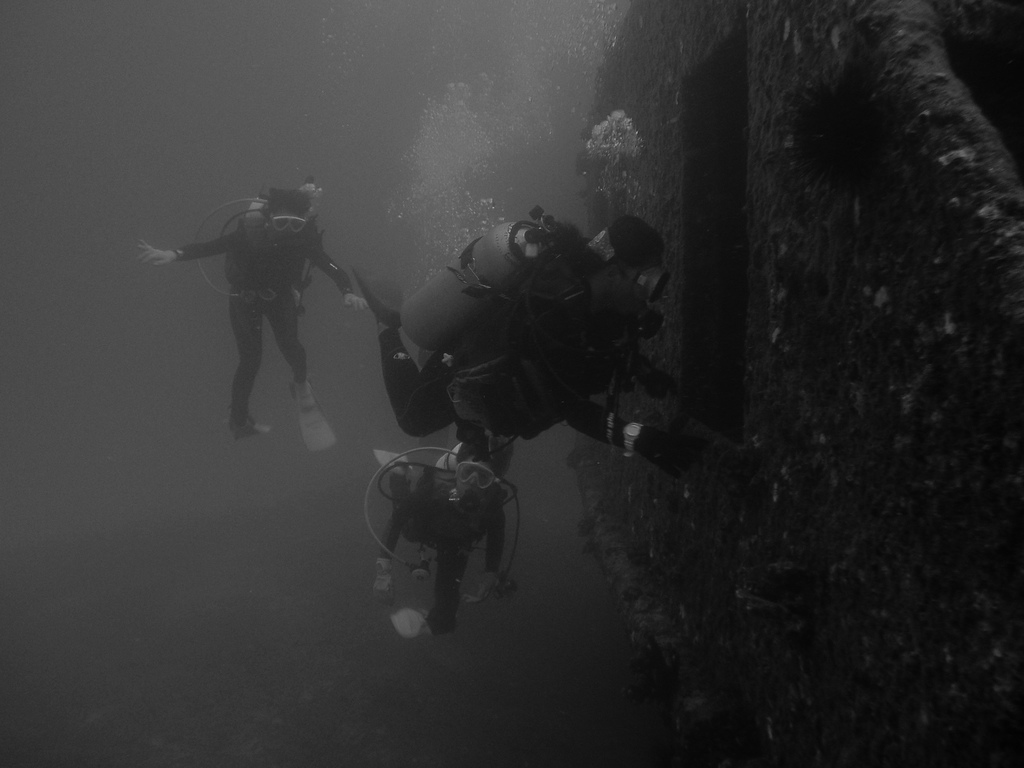 This article titled “US diving crew finds wreck of British submarine used in second world war” was written by Richard Luscombe in Miami, for guardian.co.uk on Wednesday 11th January 2012 19.02 UTC

Nearly 90 men lost their lives when HMS Olympus struck a mine and sank as it tried to evade German and Italian warships blockading Grand Harbour in the early hours of 8 May 1942.

A team of divers from a Florida-based exploration trust found the wreck while surveying the ocean floor off Malta last year. They announced their findings to the British government and the Royal Navy this week.

The Commonwealth War Graves Commission is expected to now formally designate the site.

“We are extremely excited by this discovery, it’s a very important piece of Malta’s history during the war,” said Timmy Gambin, archaeological director of the Aurora Trust, a foundation set up to promote knowledge of maritime cultural history.

“The Royal Navy ran a large number of operations using submarines in and out of the island for many purposes, not least as a magic carpet ferrying fuel, ammunition and food, and Olympus played an extremely important role.”

The trust, which has headquarters in Key Largo and a logistical base in Malta, visited the wreck, seven miles off the coast, twice last summer. During the second dive in September it sent down a remotely operated vehicle equipped with video cameras to capture images that confirmed the 80-metre-long vessel’s identity.

“We had suspicions it was the Olympus. Armed with our research on the features of the submarine, where the guns were, the placing and types of the rudder and propeller, we were able to identify her,” Gambin said.

“Except for the damage from the mine she was in pristine condition, sitting upright as if she’d been placed on the seabed.”

He stressed that Aurora had treated the site with “every sensitivity possible” given that so many lives were lost.

Many of the crew aboard HMS Olympus – an Odin-class submarine built in Clydebank in 1927 – when it sank were survivors from the recent sinkings of three other Royal Navy submarines in the area by German bombers.

The British naval base at Malta was a crucial staging post for convoys moving through the Mediterranean to support Allied operations in north Africa, but it suffered heavy losses.

“What happened with the Olympus is a sad and tragic story,” Gambin said. “Many survived the blast and sinking but not the swim back to shore.”

There were only 11 survivors, while 89 men, disorientated by the darkness and distance from shore, perished, according to George Malcolmson, archivist of the Royal Navy Submarine Museum, Gosport, Hampshire.

“One of the survivors told me how he looked back from the water to the incongruous sight of all these shoes and boots lined up in neat rows on the deck as the sub was sinking,” he said.

Aurora has passed video footage from the dives to the British embassy in Washington and sent photographs to the submarine museum.

“It’s a double-edged sword,” Malcolmson said. “On one hand I’m pleased that for some people it’s nice to know where there loved ones died but the publicity dredges up the possibility of intrusion and interference from people who are less concerned with the sanctity of a British war grave.”